Utsunomiya in the Kofun (tumulus) Period

In the 4th century, 3 zenpo-koho-fun tumuli (square front and square back mound) are built in Mobara district rather in the southern Utsunomiya. Among them, at the Mobara-Atagozuka-kofun Tumulus, buried goods were found from inside such as a mirror, a tubular ornamental bead, a glass-made smallball, and a knife, etc. which were made in Japan.

In the 5th century, many tumuli come to be created all over the regions. As a representative kofun tumulus, there are the Sasazuka-kofun Tumulus of approximately 100m in total length and 10.5m in height which is the largest keyhole-shaped tumulus in the city, and the Tsukayama-kofun Tumulus which was built a little later. A keyhole-shaped tumulus has a form unique to Japan which means that ties with the Yamato Imperial Court became strong. In the Tsukayama-kofun-gun Tumulus Cluster, Haniwa-hitsugi or a clay image coffin with a picture of deer, was excavated and became a topic. 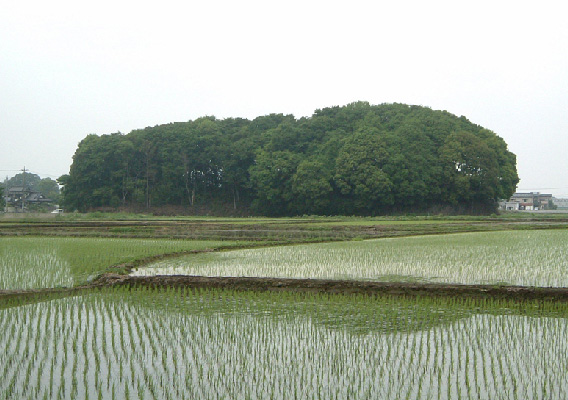 Sasazuka-kofun Tumulus Near the Sasazuka-kofun Tumulus, a big village ruin was discovered, where powerful family houses and pit dwellings gathered together in the same period, and attracted attention. It served as a big clue to know about the way of living of both a village head who developed the Tagawa River basin and people who supported it.

Most of the kofun tumuli in Utsunomiya were built in the 6th century, the latter half of the Kofun Period . 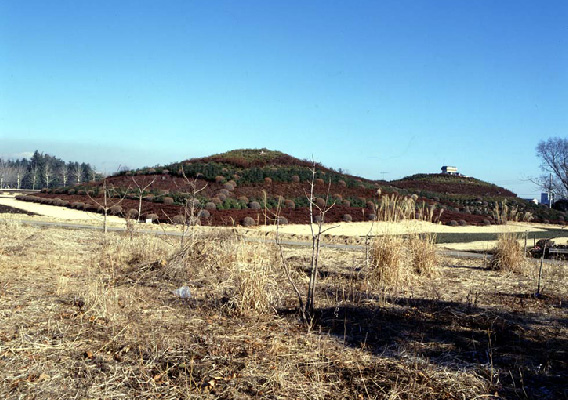