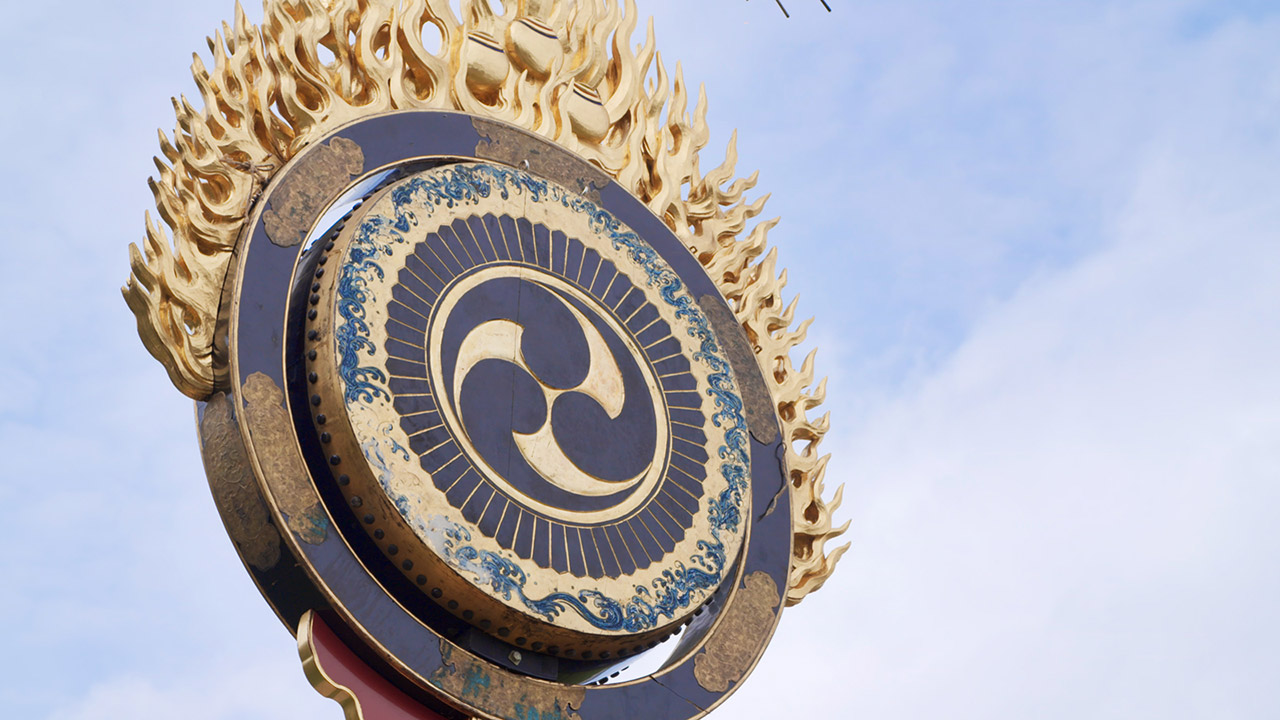 The castle where the Tokugawa shoguns stayed

When the Tokugawa Shogunate was established in the Edo era and Tosho-gu Shrine was built in Nikko to enshrine the 1st shogun Ieyasu, Nikko Shasan or Nikko-visit by the shogun family starts to be conducted. In the case of the 8th shogun Yoshimune, it was a large-scale procession with approximately 130,000 attendants and 220,000 workers, which indicated a strong power of the Shogunate. The Tobiyama Castle Site was employed as a lodging for the shoguns on that occasion. 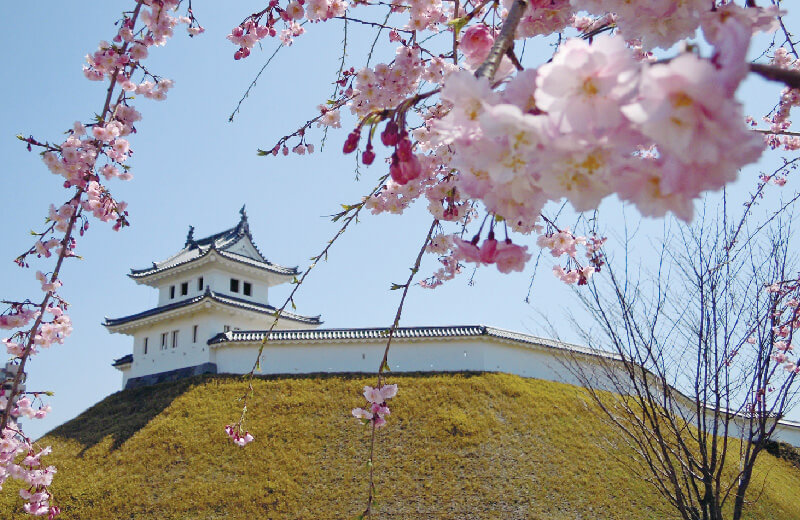 The remains of Utsunomiya-jo Castle

The remains of Utsunomiya-jo Castle 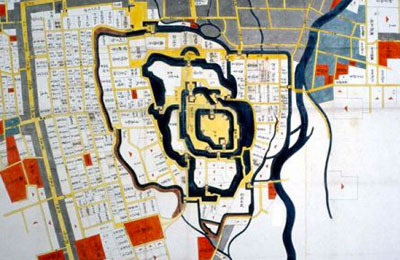 Utsunomiya-jo Castle Inside and Outside Ezu or a drawing

A town of Utsunomiya-jo Castle crowded with people

Approximately 10,000 people lived around Utsunomiya-jo Castle in those days where people of various types of industry gathered to form a castle town. Kikusui-matsuri Tsuke-matsuri festival of Futaarayama-jinja Shrine, was crowded with many people, while Yatai and Dashi or festival cars decorated with gorgeous carvings, were marched out. 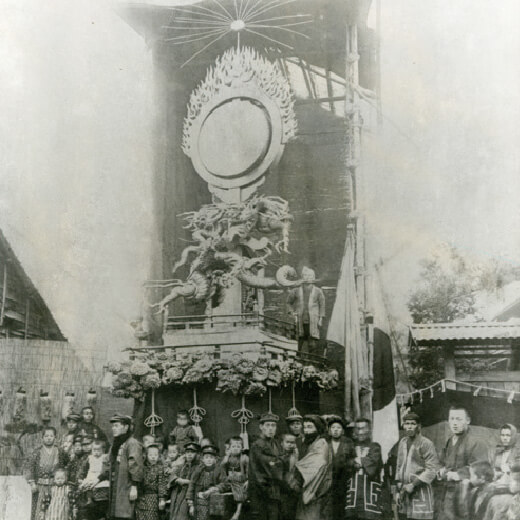 The Dashi restored in 2014 is displayed in the Machi-aruki town-walk hall of the Utsunomiya-jo castle ruins park. 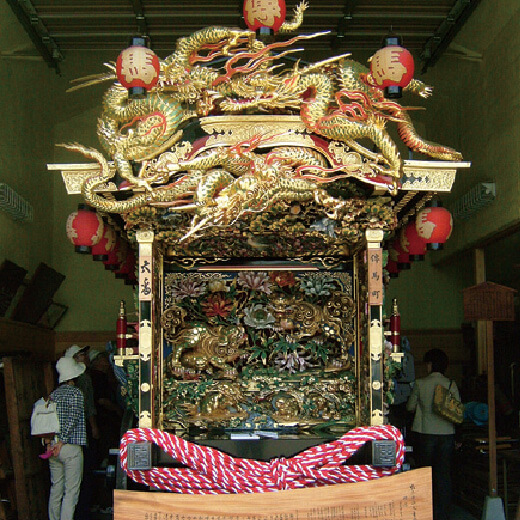 On the roof, a dragon shows its figure that seems to jump out at any moment. It is a colorfully sculptured car with splendid sculptures entirely attached to it including “a lion with peony” and “a Chinese phoenix in a pine tree”, etc. (Prefecture-Designated)

The castle ruins park where a yagura (turret) and a dorui (earthwork), etc. near the honmaru (donjon) are partially restored. Utsunomiya-jo Castle became a filled-in ground leaving a part of the castle during the high economic growth period, but it was reappeared with the current figure after re-development of the castle ruins park, and is now used as a citizen’s oasis.