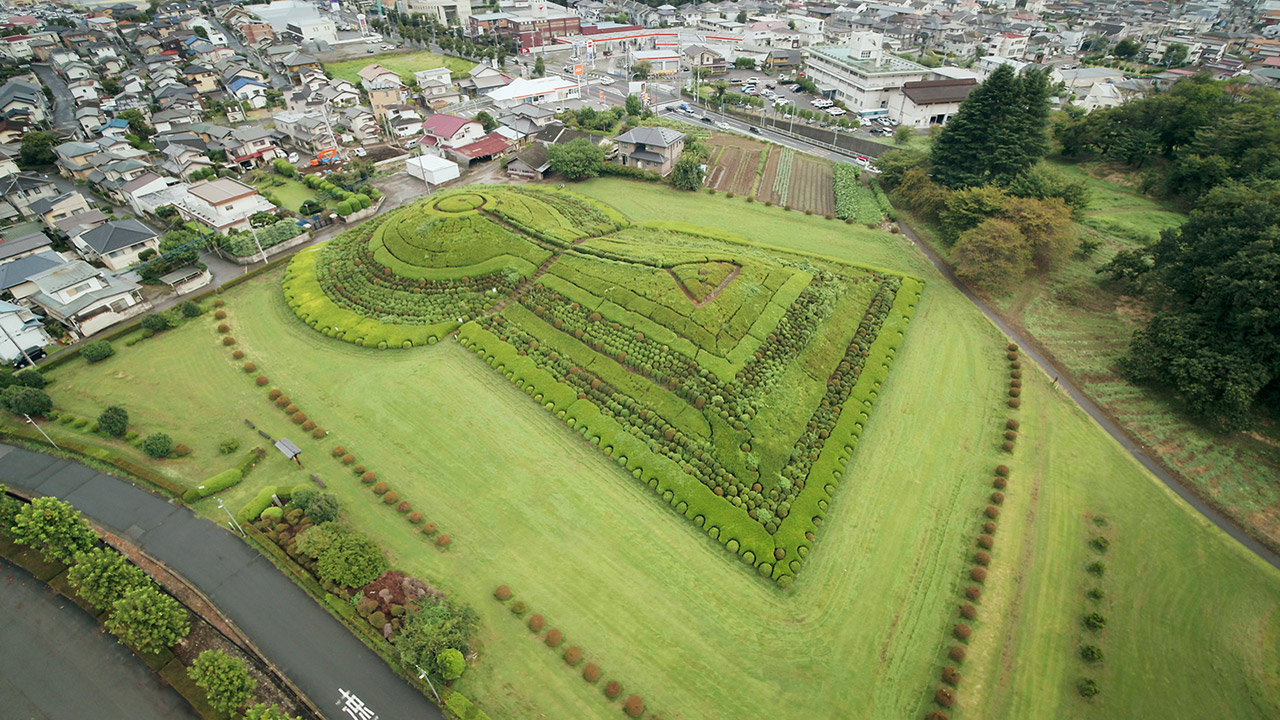 Utsunomiya in the period of the five kings of Wa, or an ancient Japan

In the 5th century when Yamato king had an extended power of sovereignty, Daisen-kofun Tumulus was built which is the biggest kofun in Japan. Also in Utsunomiya, the city`s largest Sasazuka-kofun Tumulus is made in these days. It is a keyhole-shaped tumulus with a total length of 105 meters. The tumulus has Haniwa (or a clay image), Fukiishi (or a stone covering an old tomb), and a double moat. The site is near the current Inter Park Village, and the remains of a house of a powerful family and a large-scale village are found in the neighborhood which was supposedly a center of the area in those days. 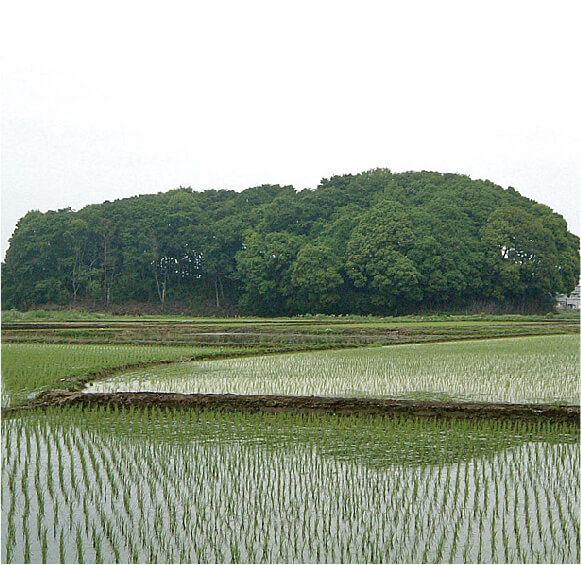 According to “Nihonshoki” or the Chronicles of Japan, it is said that Toyokiirihiko no Mikoto, who is the main enshrined deity of Futaarayama-jinja Shrine, is “the ancestor of Kamitsukeno-no-kimi and Shimotsukeno-no-kimi.” In addition, there is a different document writing that the descendant was appointed as Shimotsukeno-no kuninomiyatsuko in the era of Emperor Nintoku. This is almost overlapping the period when the Sasazuka-kofun was made.

Furthermore, among the descendants of the Shimotsukeno clan, there is a person called Shimotsukeno-no Komaro who was engaged in making Taiho Ritsuryo or Taiho Code. Komaro is a person who took important governmental posts such as Sangi or councilor and Shikibukyo or minister of justice and rituals, etc. The site where a government office of Kawachi-gun was placed at that time is exactly where the current remains of Kamikounushi and Mobara Kanga or a government office exist which is in the boundary of Utsunomiya City and Kaminokawa-machi.In ancient times, the land of Utsunomiya belongs to Kawachi-gun and is the base of the Shimotsuke clan. 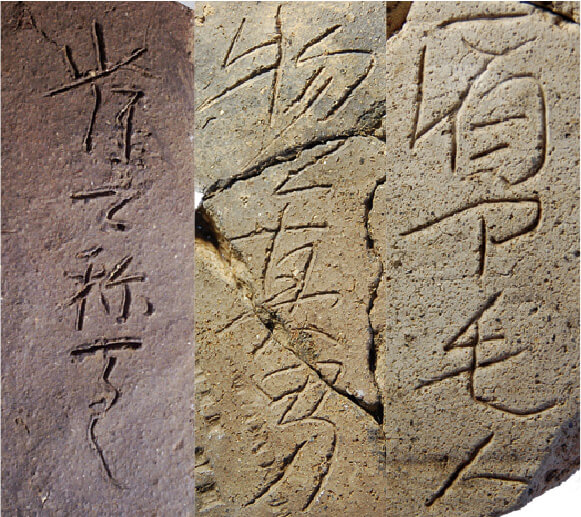 A district government office (Gunga) of Kawachi-gun mainly in the Nara era. The remains are famous nationwide for many of the excavated tiles having letters of person’s names such as “Sasabe”, “Mononobe”, and “Sakabe”, etc., and Tosando Road, a major road in those days, ran in the southeastern part of the remains. (Government-Designated) 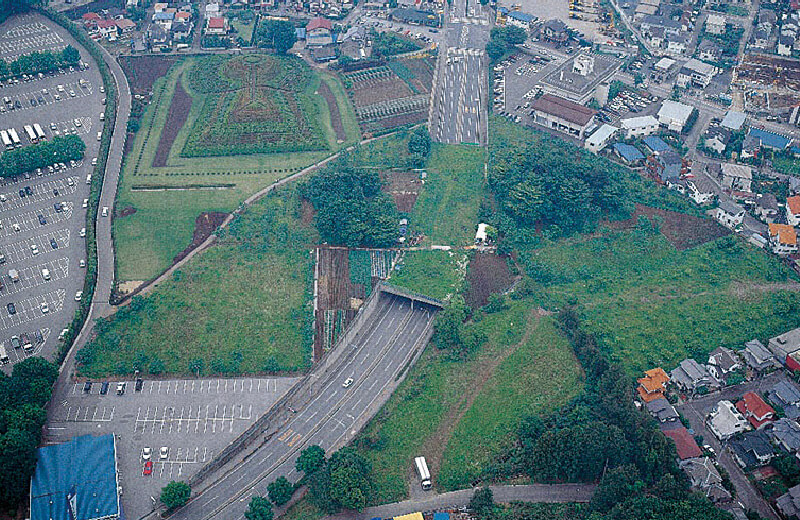 A kofun cluster in Nishikawata-machi in the middle of Kofun period It consists of 3 keyhole-shaped tumuli including Tsukayama-nishi-kofun west Tumulus and Tsukayama-minami-kofun south Tumulus as well as Tsukayama-kofun Tumulus, and a number of the round barrows. (Prefecture-Designated)

Gems excavated from Tsukayama-kofun No.5 Tumulus 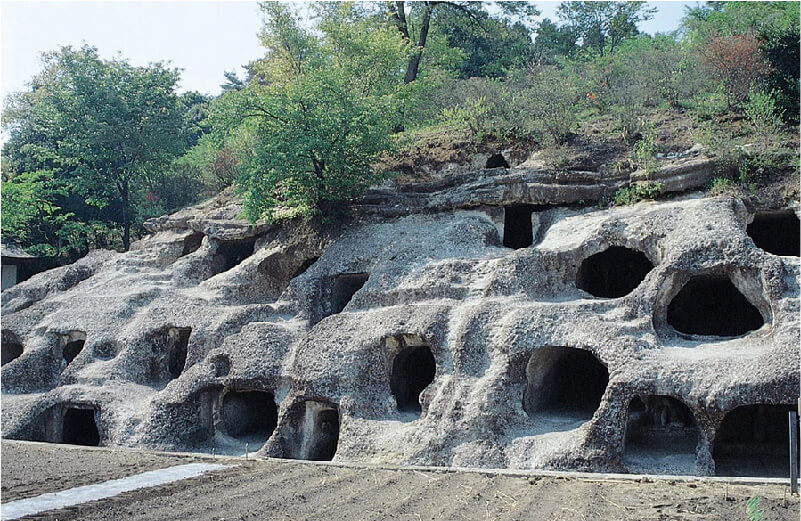 A horizontal cave tomb which is hollowed out like a honeycomb in a tuff hillside. Although the name is 100-cave, the 52 caves open, looking toward the south now. These horizontal caves have a cut which is considered to be a sign that a door stone was inlaid into the cave, and it is possibly thought that most of the horizontal caves had a door stone with them in those days. A Kannon image which is a creation of the coming age, is engraved in each cave, but there is a local lore saying that the engravings are a work of art made overnight by Kobo Daishi or a Buddhism great teacher. (Prefecture-Designated)