The Paleolithic period Until the Japanese archipelago were formed

The paleolithic people were a superior hunter. From red soil called the Kanto loam layer, stone tools made of shale or obsidian, etc. are discovered sometimes. Those stone tools tell us about the life of people who continued traveling mountains and fields while chasing animals in a vast plain. 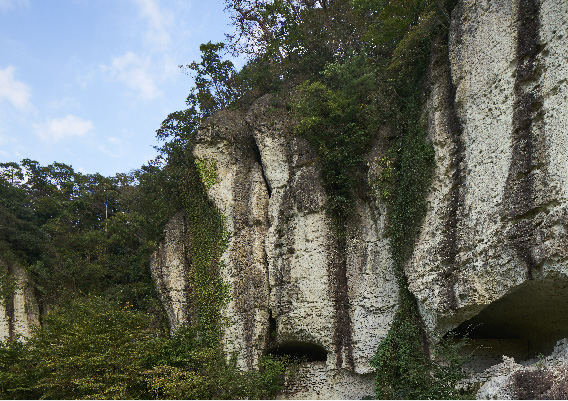 Oya Stone Stratum The excavation of the Tobiyama Castle Site remains which is a nationally designated historic site, revealed the trace of pitfalls dug for catching animals, made approximately 30,000 years ago. The evidence of living of the paleolithic people remains in Utsunomiya as well.

It was once thought that the paleolithic people lived in caves or behind rocks, but the excavation of the remains in Utsunomiya City finds that they built a hut on a plateau or on a slope of mountain to live.

To the next period