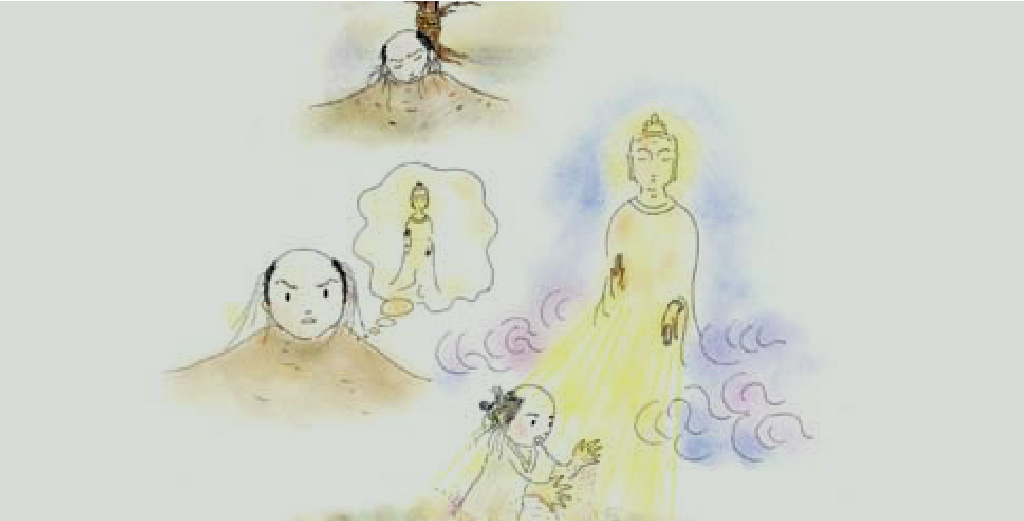 More than 600 years ago from now. Mototsuna UTSUNOMIYA, a lord of Utsunomiya had a fight with Yoshimasa OYAMA, a lord of Oyama at a place called Mobara.
It was an intense fight, and the lord Mototsuna died in the battle. When IMAIZUMI Tajimano-kami, a lord of Kaminokawa and governor of Tajima province accompanied Mototsuna at that time, he got caught by the army of Oyama, buried in the soil to the neck, and prevented from escaping by his hair being tied to a tree.
The Tajimano-kami always believed in Asahi Kannon deeply, and he is said to have continued praying without a sleep at that night. Then a voice sounded powerfully to encourage the Tajimano-kami at midnight, and strangely enough, the body got away from the soil, and the tied hair came loose. At last he was able to survive safely.